We, as Azerbaijani students in the EU and alumni in the Netherlands, Belgium and Luxembourg, express our concern about your official statement regarding Nagorno-Karabakh conflict between Azerbaijan and Armenia. Aside from the misinformation contained in above-mentioned statement, we all know and strongly believe that European Students’ Union is a diverse, democratic and open-minded umbrella organization, aim of which is to represent and promote the educational, social, economic and cultural interests of students at the European level, at least this is the information given according to ESU’s official site and social media accounts and its statements. We are very disappointed that an organization, mission of which is to protect the rights of students, which is open to all students, regardless of political persuasion, religion, ethnic or cultural origin, sexual orientation or social standing, violates its aims and principles, its objectivity by sharing a statement that contains information without any factual basis on such a sensitive topic.

We would like to point out the misleading content in the statement. We will share some points with you which are confirmed by the whole world and international law:

It is ironic when Armenia calls for peace while ethnically cleaning nearly 1 million internally displaced Azerbaijanis from their homes, turning the occupied region into ruins, and rejecting the peaceful work of 27 years led by the International groups. Azerbaijan has always been and today is supporting a peaceful solution to restore peace and its internationally recognized borders.

By issuing a statement based on absurd arguments, which is not supported by any international organization or an institute, the European Students’ Union loses its validity to speak on behalf of millions of students. The one-sided statement of this organization leaves us no other choice but to assume that it serves to the sole goal of disguising the illegal acts and war crimes committed by Armenian leadership and the military, which continues its vicious attacks against the civilian population of Azerbaijan, located far away from the conflict zone. It is worth reiterating that more than 91 Azerbaijani civilians were killed, and hundreds were wounded. Though these stats outnumber those in Armenia by far, we stress that the Azerbaijani students deplore any loss of civilians from both sides. But this is probably not in the interest of the ESU to base its statement on the real facts, but rather talk about the Armenian nonsense. When you address such a large audience, it is unacceptable for you to share misinformation with people and not realize this serious responsibility. If you want to restore the peace in the region, firstly, you have to research what international law is saying about this conflict and you need to know all facts from both countries’ sides. This is the only way to keep neutrality.

While checking European Students’ Union representatives, we found out that Gohar Hovhannisyan (Armenian) is leading the European Students’ Union. It is unfortunate if she is using her power to mislead the European Students’ community with this letter where the main points of the conflict are being hidden and claiming false information without pointing any reputable source. All Board members of this Union, including Gohar Hovhannisyan must know that when leading such an influential organization, everyone must be able to distinguish between subjective and biased opinions and work, this is what we call Professionalism.

Once again we inform that this is disrespectful not only to the students, but to the whole Azerbaijani people. We urge you to take further actions immediately in order to stop the abuse of power by Ms.Hovhannisyan, the spread of misleading information. We demand that the ESU withdraws its misleading statement and apologizes to all students of Azerbaijan for this biased approach. We also demand all organizations who seconded this statement to apologize especially before IDPs of Azerbaijan for the pain and insult caused by this statement.

We inform you that this issue will be raised before the European institutions, which act as your donors so that all those responsible for such an unlawful and derogatory statement are held accountable for this misdeed.

The list of signatures of Azerbaijani Students and Alumni of Europe: 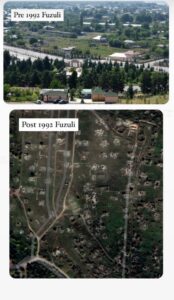 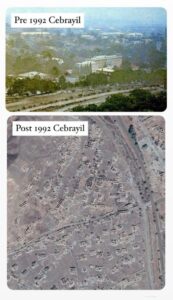 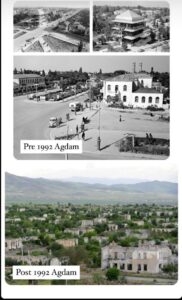 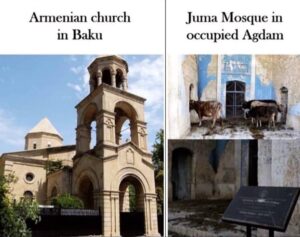 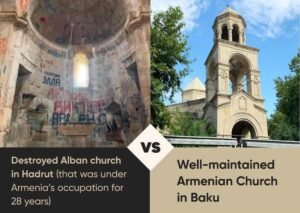 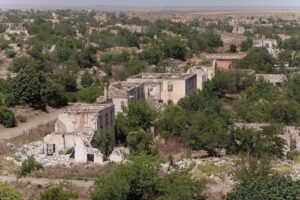 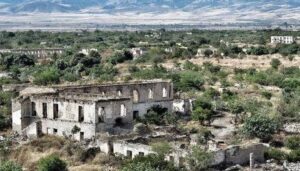